How to create lists—bulleted, numbered, and tasks

Lists just make some types of content easier to read.

In Speare, you can make lists simply by entering words or phrases in individual building blocks as depicted in the image below. 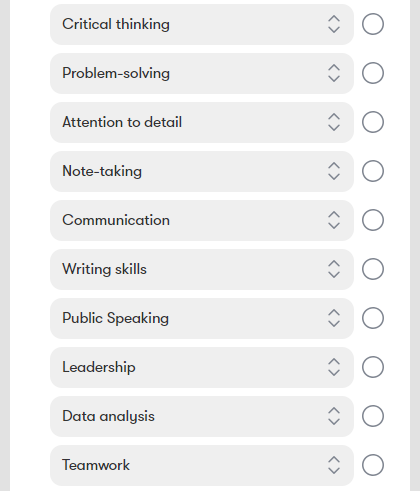 However, if you want to create bulleted, numbered and task lists managed by Speare, you need to nest the list items under a parent building block, so that the list looks like the following. 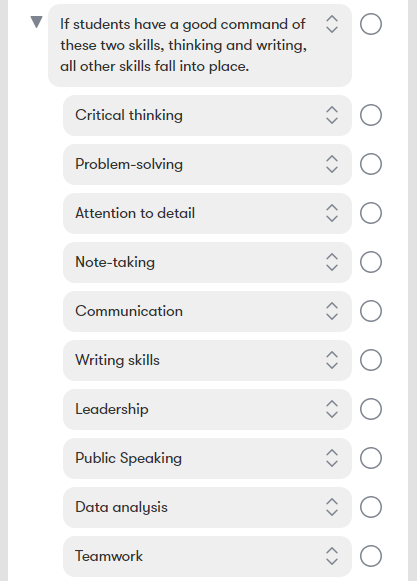 If we want Speare to manage the numeric order of the list, we can set the parent block as a "Numbered list". Here are the steps to doing so... 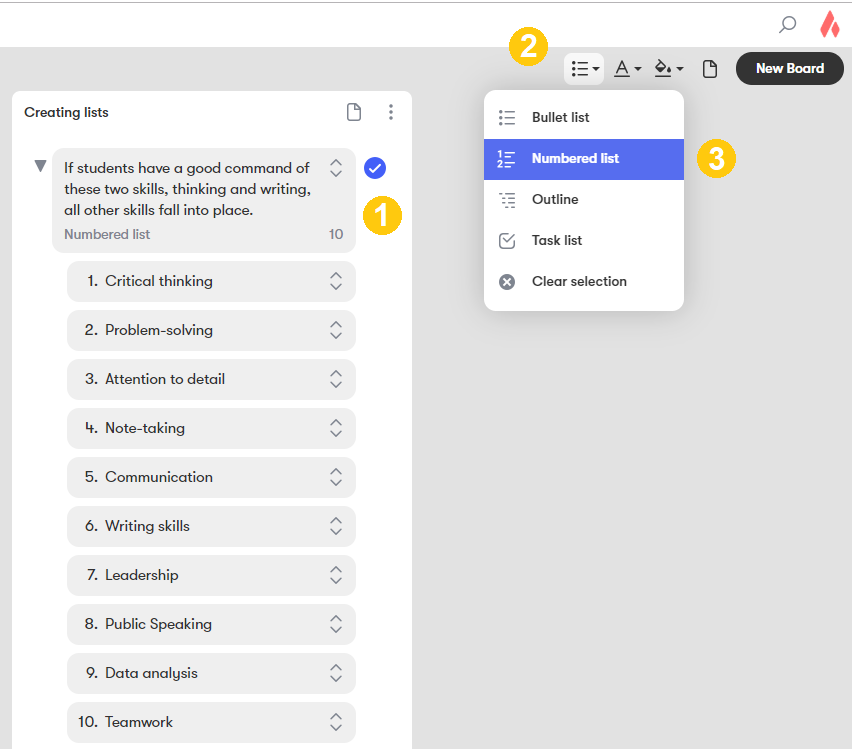 Speare automatically assigns list numbers to each item under a parent block that has been set as a "Numbered list".

Now when you reorder the list or add or remove items from the list, Speare manages the numbered order automatically. 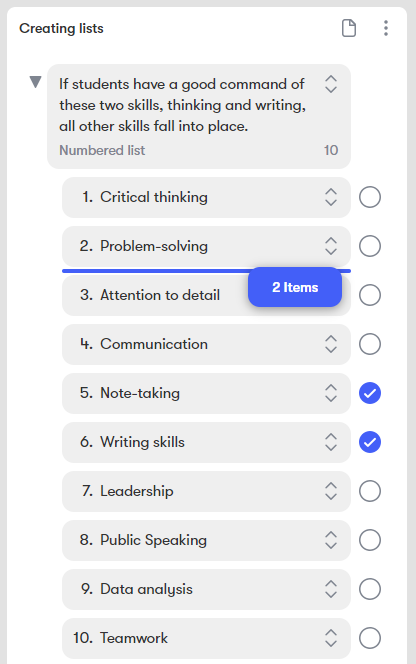 When the list is collapsed, you can see how many items are in the collapsed list. In the following case, there are 10 items in the numbered list.

To make this list a multi-tiered list, you can either nest new items under the existing list items or you can take some of the existing items and nest them under their siblings as in the following example. 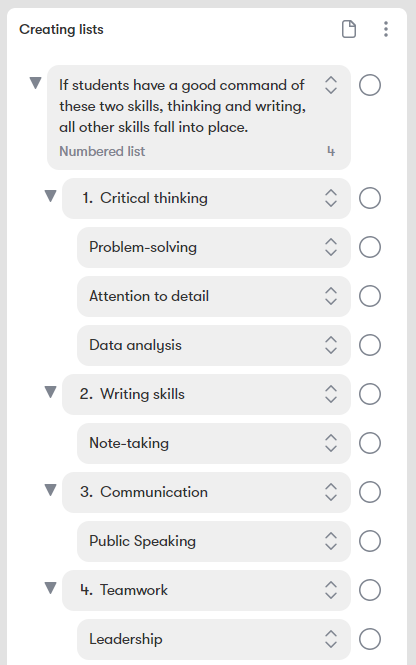 Notice that in the above image Speare automatically numbered the second level building blocks but didn't number the third tier.

If you want to add bullets to the third tier items, use the following steps.

as shown in the image below. 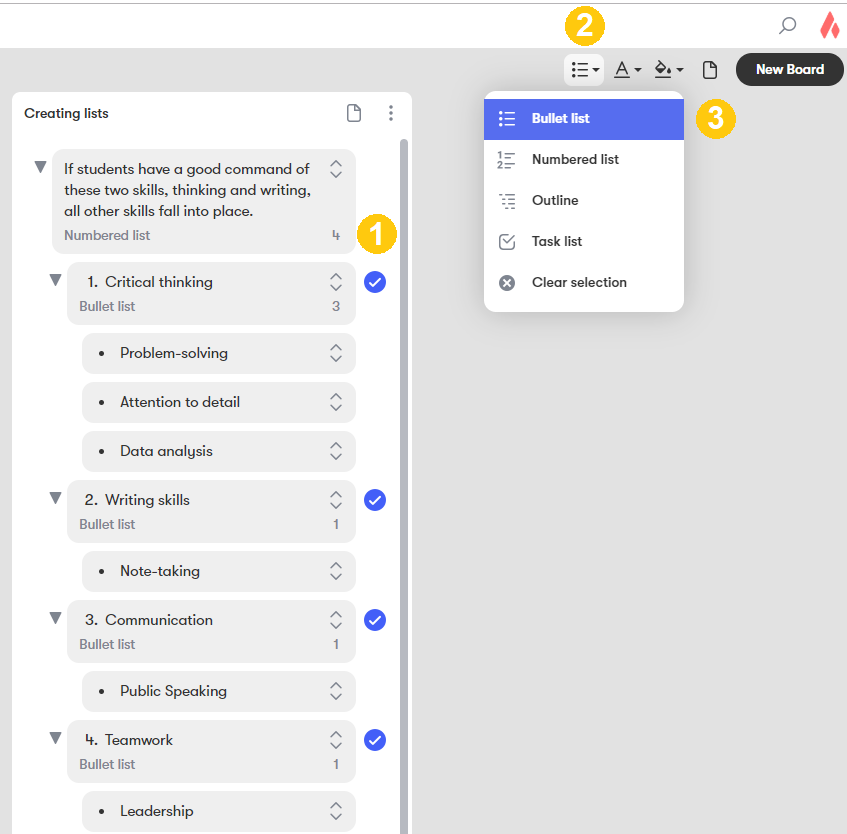 A task list is a list of items that has a checkbox to the left of each item. The checkbox can be checked or unchecked to indicate that it is crossed off the list or still an active item, respectively. 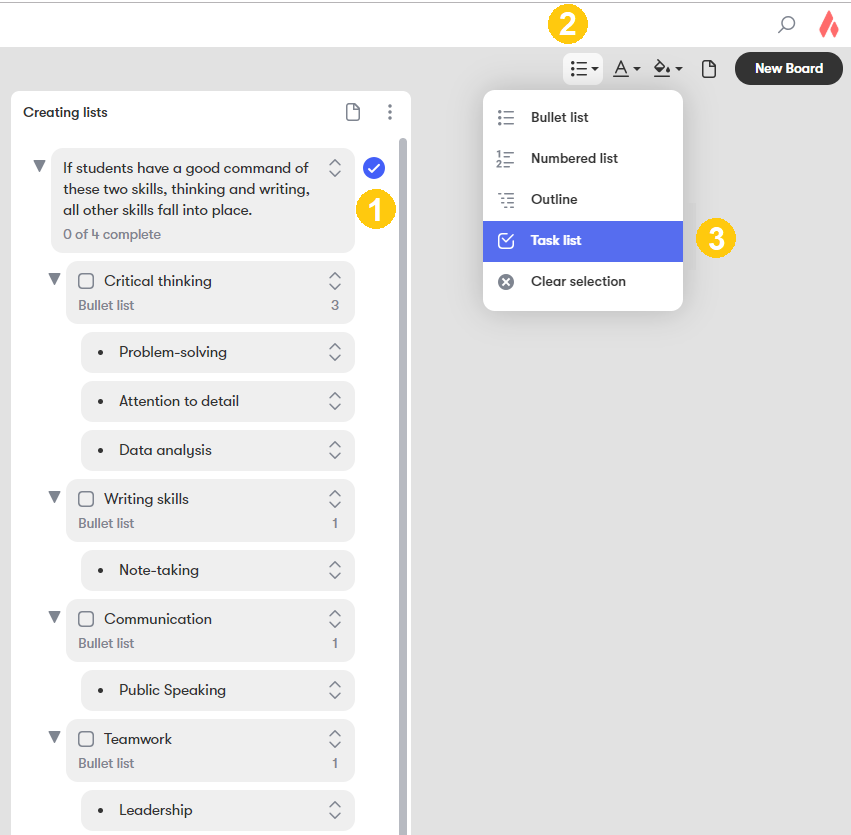 The above task list has 4 tasks in it with bulleted items nested under each of the four tasks.

If we wanted to turn each of the bulleted items into tasks themselves, we can checkmark each of the 4 tasks and set them each as task lists to create "deeply nested task lists." 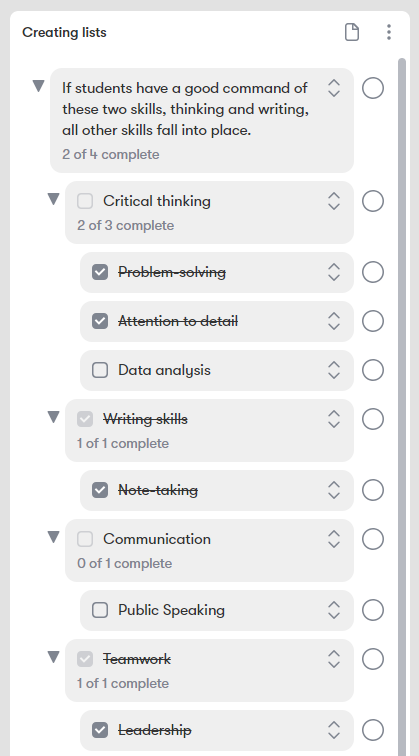 When you create deeply nested task lists, you can see how many of the tasks are completed even when children tasks are collapsed. 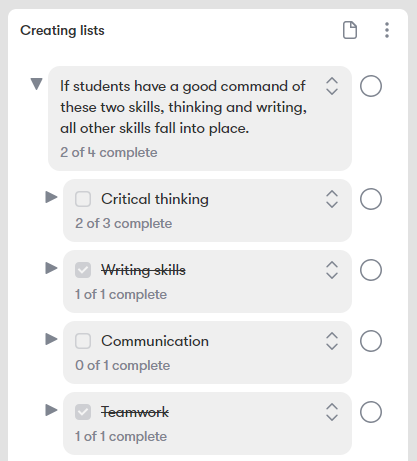 Explore different combinations of lists to learn how to build the lists that work best for you.